I read David McCullough’s John Adams last year and really liked it. But I must confess, I enjoyed this one more. Since 1776 focuses on one seminal year in American history, it was a shorter book. The action was so thick that it read like a novel. I had thought I was familiar with our nation’s beginnings. I knew George Washington was revered as a great general, but I didn’t really understand why. This book demonstrates why Washington was a great general, in spite of his flaws.

The people of America were really no more united then than they are now. What they did have was a vision of what could be, and enough of them were willing to suffer hardship and deprivation that it became reality. McCullough doesn’t gloss over the uncomfortable bits. He doesn’t turn the British and Hessians into monsters and he doesn’t make the Americans look like noble saints. What he does do is present a balanced, researched portrait of an extraordinary time and place that changed the course of world history. And that’s no small feat.

I want to make something plain before I begin. Steve Friedman did not write The Corporate Introvert for me. While I’m... 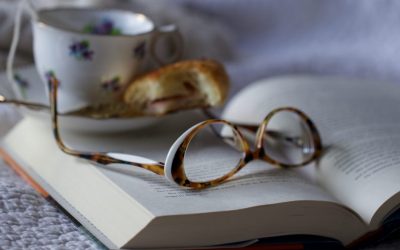 All books need some components. This includes the title page, copyright page, and, for chapter books, a table of...