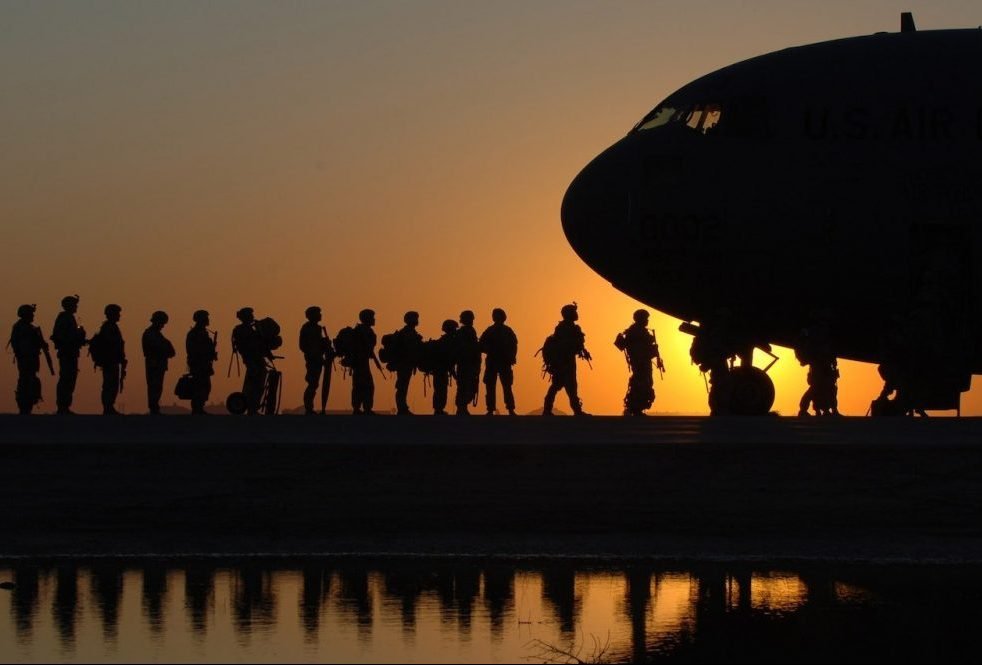 James Carroll House of War: The Pentagon and the Disastrous Rise of American Power, 2006.

Civil rights worker and antiwar activist James Carroll examines the history of the Pentagon from his personal experience as the son of a top Pentagon official spanning decades. He also interviews Washington insiders and conducts extensive research to demonstrate that the Pentagon has operated beyond the government’s and society’s control.

Barbara Ehrenreich Blood Rites: Origins and History of the Passions of War, 1997.

American journalist Barbara Ehrenreich asks why war exists. While many experts originally speculated it came from a “killer instinct” common in human males, Ehrenreich’s research into pre-historical sources led her to a different conclusion.  She believes it came, instead,  from rites designed to protect our ancestors from more powerful carnivores.

Chris Hedges War is a Force that Gives Us Meaning, 2002.

Chris Hedges, a former war correspondent and an ordained Presbyterian minister, has faced life-threatening situations in war-torn areas worldwide. He’s survived ambushes, imprisonment, and beatings. War can be seductive, he says, because it gives people purpose, meaning, and even exhilaration. That’s why he says we need to understand its true horror.

Fred Kaplan The Insurgents: David Petraeus and the Plot to Change the American Way of War, 2013.

Using formerly secret documents and interviews, Fred Kaplan pieces together how a group of soldier-scholars remade the United States military in the post-World War II era. Led by General David Petraeus, the group switched the military’s focus from large-scale battle plans to small wars, often fought in cities and villages, with the ultimate goal of building nations. The fallout from their policies has been immense, affecting the entire geopolitical landscape.

David Lipsky spends four years following one group of future army officers through their studies at West Point. Some struggle to keep up with expectations, while others excel with enthusiasm. He provides a unique peek into the programs that form our military.

Cathal J. Nolan The Allure of Battle: A History of How Wars Have Been Won and Lost, 2017.

Great battles no longer determine victory as they once were. Instead, wars are won mainly by outlasting and out-sizing the enemy. Cathal J. Nolan looks at great battles throughout history to find out how they fit into the broader story of the war in which they were fought.

Richard Rhodes Arsenals of Folly: The Making of the Nuclear Arms Race, 2007.

American historian Richard Rhodes paints a fascinating portrait of the Cold War nuclear arms race between the United States and the Soviet Union. He recounts how we came within hours of outright atomic war in 1983. Then he shows how that near-miss led to the arms reduction campaign that could have led to disarmament had it not been for behind-the-scenes influences on Ronald Reagan in Reykjavik, Iceland, at the 1986 summit meeting. The fallout from the entire era, he says, impacted the War on Terror.

Jeremy Scahill Blackwater: The Rise of the World’s Most Powerful Mercenary Army, 2007.

Blackwater Worldwide is a company started in Moyock, North Carolina, in the twilight of the 20th century. Providing mercenary services to the military, it played a vital role in the “War on Terror” at the dawn of the 21st century. Investigative journalist Jeremy Scahill reveals how Blackwater became a frightening player in U.S. war efforts.

Jeremy Scahill Dirty Wars: The World is a Battlefield, 2012.

Security contractors, Navy SEALs, the CIA’s Special Activities Division, the Joint Special Operations Command, and others make up the covert military of the United States. These secretive organizations are tasked with global assassinations and drone and cruise missile strikes. Jeremy Scahill exposes how these shadow forces were used by the George W. Bush administration and then expanded under Barack Obama.

Written in China over two thousand years ago, Sun Tzu’s military strategy book has been used by cultures worldwide on the battlefield, in politics, and in business.

← Prev: Books on Social Theology and Interreligious Relations Next: Books on Physiology and Other Life Science Topics →