Book Review: The Fellowship: The Literary Lives of the Inklings

The Fellowship: The Literary Lives of the Inklings: J.R.R. Tolkien, C.S. Lewis, Owen Barfield, Charles Williams by Philip Zaleski
My rating: 4 of 5 stars

I’ve always been a fan of The Hobbit and Lord of the Rings. When I was younger, I loved The Chronicles of Narnia and The Screwtape Letters. While I knew little about the other members of the famed mid-twentieth century Oxford-based group, the Inklings, I loved the idea of their gatherings.

I’ve read enough biographies to know that no one is perfect. Even the very good-hearted and sincere make a lot of mistakes, and they often aren’t treated well. In the case of the Inklings, they didn’t have the easy, fun-filled lives I imagined drinking beer and tramping through beautiful English landscapes while discussing their ideas for fantasy. Okay, they did do those things, but it turns out it wasn’t easy and was often anything but fun-filled for each of them.

That the members were numerous and in flux and that they excluded women (even those they respected and liked) was surprising. While I enjoyed getting to know each of them, it was like getting to know anyone. I quickly discovered things that disappointed me.

While I liked the young Tolkien, the young C.S. Lewis made me nervous. They seemed to cross psychological paths in late life, with Tolkien becoming more ornery and Lewis more relaxed. Owen Barfield and Charles Williams were complete surprises to me. I found both more interesting individuals than either Tolkien or Lewis.

That Christianity and writing were the glue that tied them all together also surprised me somewhat. I had been under the impression that they were a group of co-workers who liked one another. Living as I do, in the 21st century, it surprised me that religion was so frowned upon in academic circles that far back. And this is why I read: to learn.

Philip and Carol Zaleski certainly did their research. The book itself was long. At times, the detail about all the members’ thoughts and writing was a bit too dense for me. I’m not a language nor literature scholar, and some of the philosophy and theology were over my head. Still, I enjoyed learning more about what went into creating some of my favorite novels. As a result of reading this book, I plan to explore the works of Barfield and Williams. 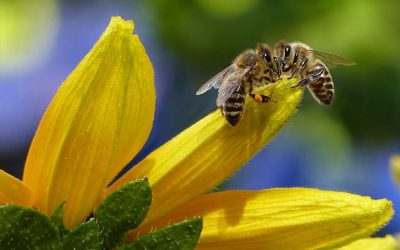 A Country Year: Living the Questions by Sue Hubbell: A Gift from Grandma Dot

A Gift I recently finished a book outside my comfort zone: A Country Year: Living the Questions, a memoir by nature...

The Library Book by Susan Orlean My rating: 5 of 5 stars The Central Branch at the Los Angeles Public Library caught...