A Furious Sky: The Five-Hundred-Year History of America’s Hurricanes by Eric Jay Dolin
My rating: 5 of 5 stars

Do you think hurricanes are just “bad thunderstorms?” Eric Jay Dolin demonstrates they are more like natural war machines delivering amazingly destructive force. For my entire life, I’ve lived over a hundred miles inland from Virginia’s coast, and I’ve had multiple experiences of floods and power outages from the remnants of these storms sweeping across my region. So I’ve always felt I understood their tremendous power first-hand.

After reading A Furious Sky: The Five-Hundred-Year History of America’s Hurricanes, I now understand how wrong I was. Eric Jay Dolin does a masterful job of explaining why these monsters form. He explains why it’s difficult to predict when and where they will land. The engaging accounts of the science behind the storms and the individuals who put their lives in danger to learn more about them were eye-opening.

But most astounding to me were Dolin’s narratives of individuals whose lives were changed and sometimes lost forever over the calamitous hours they found themselves in a hurricane’s path. While some of these stories are amusing, many more are tragic, and all are engrossing.

Dolin provides ample paintings, drawings, maps, and photographs to illustrate his well-researched facts and data. His writing is clear and compelling. When events call for assessments, he doesn’t hesitate to out those who performed poorly. Likewise, he is quick to praise those who deserve it through their heroic efforts to save themselves and others.

I recommend A Furious Sky to anyone interested in meteorology, history, or disaster stories.

← Prev: Review of Tangled Life: How Fungi Make Our Worlds, Change Our Minds & Shape Our Futures Next: Books on Aquatic and Air Sports →

Founding Brothers: The Revolutionary Generation by Joseph J. Ellis My rating: 4 of 5 stars Before reading this book,... 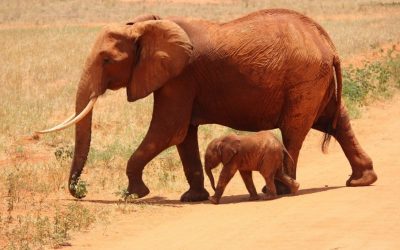 From Scratch by David Moscow, a Book Review

From Scratch: Adventures in Harvesting, Hunting, Fishing, and Foraging on a Fragile Planet by David Moscow My rating:...