A Country Year: Living the Questions by Sue Hubbell: A Gift from Grandma Dot 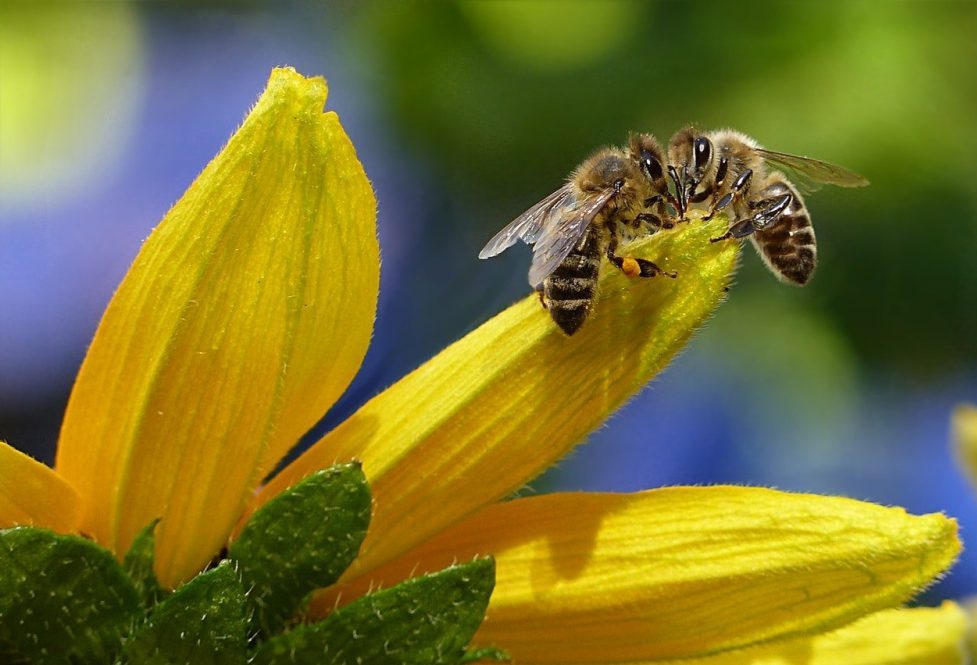 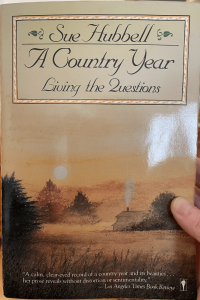 I recently finished a book outside my comfort zone: A Country Year: Living the Questions, a memoir by nature writer Sue Hubbell. I don’t often read memoirs or nature writing. But this book was a gift from my mother-in-law, Dot. We first met when I was in eighth grade. She was the guidance department secretary at the grades 8-12 high school I attended in the 1970s. These days we’d call her an administrative assistant.

While my relationship with her son Roger was complicated, beginning with my crush on him in second grade and continuing off and on until we were married at age 26, my relationship with Dot (or Grandma Dot as I called her) was simple and straight-forward. Like many of the students who worked with her, I adored her quick smile and warm manner. After Roger and I married, I discovered she was also a book lover. That was just another thing to admire and love about her.

When I joined the family in 1988, Dot was about the same age I am now. She had raised her children and experienced the difficulties that come with children leaving home. Her marriage was strained, and the first of her eight grandsons had not yet arrived. I didn’t know it at the time, but Dot was lonely and perhaps a bit lost.

I remember her showing me A Country Year: Living the Questions and telling me, “This is a GREAT book.” When she bought her farm with money she inherited shortly after, the book went to the farmhouse with her. I remember seeing it there over the years when we went to visit. 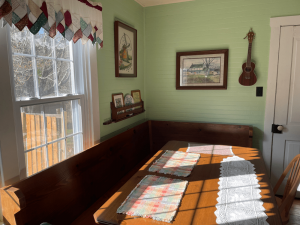 About four years ago, Dot began giving all her possessions away. It became a family joke, albeit an uneasy one, that Grandma obsessively gave her junk to us when we were already overwhelmed with junk of our own. She wanted to give away everything in the house “before I die.” One of the things she gave me was her prized copy of A Country Year.

While that made us all a bit sad, her accidents and memory lapses were more disturbing. First, there was a car wreck and the loss of her driver’s license. Then came an invitation to lunch that we showed up for, only to find nothing prepared. Of course, we were happy to provide the food, but this wasn’t the Grandma we knew. She would never have forgotten we were coming to eat.

Eventually, her doctor confirmed our fears, telling us she had Alzheimer’s Disease. After COVID made visiting more complicated, my husband and his two sisters made the wrenching decision to have their proud, independent mother move to an assisted living facility. When she became incapable of managing there, they relocated her to a memory center where she gets excellent care.

Dot and I read this book while we were in our 50s, and, curiously, Sue Hubbell was roughly the same age when she wrote it. Hubbell and her husband Paul had left their academic careers in New England to buy a 200-acre farm in the Ozarks, where they made their living raising bees and selling the honey. After a few years, Paul left Sue to manage the farm and survive alone. She fared pretty well, despite her sadness and bewilderment at being rejected. She wrote to help pay the bills; this was her first published book.

While Hubbell doesn’t romanticize her life, she has an irresistible fascination and delight in the natural world around her. While writing of mass frog visitations and threatened fawns, she also shares how she learned to work on tractors, carpenter when needed, raise chickens, and sleep in her vehicle while driving around the country selling her honey in the fall. Hubbell makes the most of what, for many, would be an unbearable situation. She meets life head-on at a time when women were expected to give up and fade away. As a result, the book is cheerfully reassuring.

I am sure Dot followed Hubbell’s example. When coming across passages Dot had underlined, I realized this book had a considerable impact on her. Dot used the money she inherited from a beloved aunt to buy an 18-acre derelict farm just off the Blue Ridge Parkway. She cleaned the old buildings and, with help from her family, nailed down new roofing, installed plumbing and heat, and planted trees and flowers. She turned the place into a wonderland for her eight grandsons, all of whom were born after she bought it. Instead of fading away in her fifties, she made her life colorful and provided adventure for her grandchildren.

I, too, have struggled with growing older. Hubbell was a librarian in her former life, and so was I. And while I have never felt called to farm, I’ve fought against feeling unnecessary and obsolete.

When the internet became common, the type of library I loved and had been trained to run was considered a waste of space and money. Google was deemed sufficient for papers and books, redundant at best and annoying at worst. So I, like Hubbell, fled that life and created a new one as a writer. I can’t claim to be a success yet, but I am working on it, undoubtedly as hard as Hubble worked on her beehives. 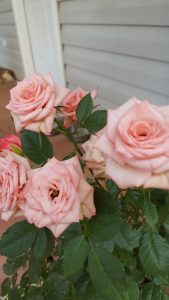 The three of us, Sue Hubbell, Grandma Dot, and I, had stories that overlapped in many ways. Dot and Sue had their love of nature and determination to make life work on their terms. They both had grit. I follow them 30 years later with my determination to be successful at writing about the books I love.

This book was a gift from Grandma Dot, but she gave me many others. She’s given me laughs, help with my sons, a willing ear to hear my problems, sympathy when I needed it, the freedom and space to do things my way, and encouragement when I was afraid. But, above all, she gave me love.

She’s not been herself for the past two and a half years. Until I read this book, I had not realized how much I miss her. I know she’s still here. My husband and I go to see her when we can. But the Grandma Dot we knew is largely gone. It’s cruel, and it’s sad.

But it’s not tragic. Grandma Dot herself was a gift to her children, her grandchildren, and me. And her greatest gift, in my opinion, was an example to follow. In Sue Hubbell, she found a kindred spirit who inspired her to make the most possible of the final decades of her life.

And I’m left thinking while reflecting on these two brave, strong women: What gifts do I want to bestow on my children and grandchildren? I’ve always felt an appreciation of learning and beauty would be at the top of the list. But after reading this book and sharing this time in the company of my mother-in-law’s spirit, I think I will add to those an example of enjoying life, whatever it brings. There are always small gifts to appreciate. Sue Hubbell found them in bugs and birds. Grandma found them in flowers and work. And I will find them in writing and company.

How about you? If you read my posts, I’m assuming you love books as much as I do. What books have influenced you? Do any remind you of a particular person in your life? And most importantly, what gifts do you hope to leave for those you love?

← Prev: Books on Mathematics Next: Books on Forensic Medicine and Incidence of Disease →

The Library Book by Susan Orlean My rating: 5 of 5 stars The Central Branch at the Los Angeles Public Library caught... 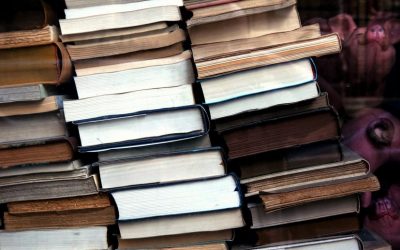 Great Books + Great Minds I was thrilled to be interviewed by Diamond Michael Scott for Great Books+Great Minds....